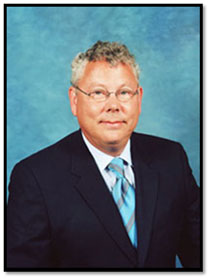 Glenn Swiatek opened his practice in Fort Walton Beach twenty years ago, gaining experience in all of the Florida court systems. He has criminal trial, post-conviction relief and appellate experience in every court of the Florida’s First Judicial Circuit. He also has appellate experience before the First District Court of Appeals and the Florida Supreme Court. Mr. Swiatek also practices in the federal court system and is admitted to practice before the United States District Court for the Northern District of Florida and the 11th Circuit Court of Appeals. His trial experience ranges from representing the accused in cases of violence, drugs, DUI, theft, sex offenses to murder. He is one of the very few attorneys in Northwest Florida that only practices criminal law. Mr. Swiatek devotes a significant part of his practice to criminal appeals and post-conviction relief. Read about some of Mr. Swiatek’s cases here.

Mr. Swiatek is also an Avvo Superb Rated Attorney. Avvo takes into account information based upon consumer and legal professional confidence relevant to an attorney’s qualifications, including experience, professional achievements, and disciplinary sanctions. Mr. Swiatek is rated 9.5 out of a possible 10 points.

Mr. Swiatek also holds an A+ rating from the Better Business Bureau.

During his hours away from the office, Glenn enjoys playing his double bass with the Northwest Florida Symphony Orchestra and performing chamber music in Europe. Glenn, as an alumnus of Fort Walton Beach High School and an active supporter of the athletic department and the Viking Band. He was the Voice of the Vikings during football season and has also been the half-time announcer for the Bruner Middle School Band.

Glenn whose photography has been featured on the National Geographic website amongst other, is the official Viking Band Photographer.