HomeFAQsI was initially charged with aggravated assault with a firearm…

Q: I was initially charged with aggravated assault with a firearm. I was in jail waiting for a court hearing for eight. My Public Defender advised me to take to plea no contest to the lesser charge of aggravated assault with a deadly weapon resulting in a probationary sentence. I was never advised there would be immigration consequences. I started my probation without any problems and then Homeland Security Investigations – ICE, detained me. My Public Defender never told me that I would now have problems with immigration. What should I do? 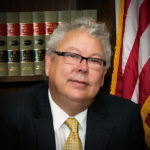 A: You are going to have to consult with an immigration attorney and a criminal defense attorney. The immigration attorney will handle your bond hearing with ICE. The criminal defense attorney will ascertain whether your plea can be withdrawn. You basically have two problems with your immigrations status. First you pled to a violent crime classified as a felony. Second, you are under supervision with the Florida Department of Corrections. Both of those issues can present huge problems with your immigration status.

There are also time issues to consider. If your sentence was entered more than two years ago it could be very difficult to have your case considered by the Court. This time limitation could result in the Postconviction Motion never being considered on its merits. It’s important to get started today. You certainly want a criminal defense attorney to research the time limitation issue as soon as possible.